Being on a gluten-free diet is getting easier these days – but that doesn’t mean you don’t still run into struggles. And what’s the best way to relate to other people going through the same thing? You go to social media. Take a look at these tweets about living life gluten-free – we know you’re sure to say “same.”

1. Sometimes you gotta be resourceful.

Smuggled my own soy sauce into a sushi place…I feel like a spy. #glutenfreestruggle

2. And remember that this diet is endorsed by a higher power.

And Jesus answered him, “It is written, ‘Man shall not live by bread alone.’” #goodthing #glutenfreelife

3. Even though sometimes it can be confusing.

Can't tell of this pasta is ready or if it's supposed to be this way. #glutenfreestruggle

5. But keep in mind that you have a support network…

Love visiting my cousins because they feed me #glutenfree brownies https://t.co/H6Cna2M0OF

7. Sometimes the pain is real—and not from getting glutened.

8. And sometimes it’s just not fair.

ALL I WANT IS A CHOCOLATE CHIP COOKIE #glutenfreelife

We hear you. Try these Chocolate Chip Cookies by HomeFree.

10. …but don’t forget how much better you feel with no gluten.

3 days #glutenfree done and feel amazing. What a difference @DuncanBannatyne

11. There will be times when you feel bad for yourself…

Everyone else at work is indulging in waffle bar. I'm here munching on broccoli. #glutenfreelife #foodallergylife #fml #imisswaffles

13. But you’re cool enough to keep a sense of humor…

14. Even if it’s a little sarcastic sometimes…

Today I saw a bumper sticker that said "I ❤️ gluten." I was personally offended then laughed because it's actually funny #glutenfreeprobs

17. And you know the trick is to appreciate the little things…

19. …and the REALLY awesome things.

20. Because being gluten-free doesn’t mean you can’t be kickass.

Starting a gluten free lifestyle was one of the best decisions I've ever made!!! #nogluten #healthyliving #lifestyle #goodfoodkarma

Do you know any other tweets that sum up being on a gluten-free diet? Tell us in the comments below! 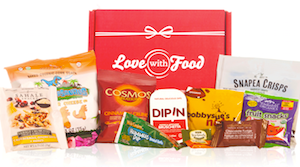